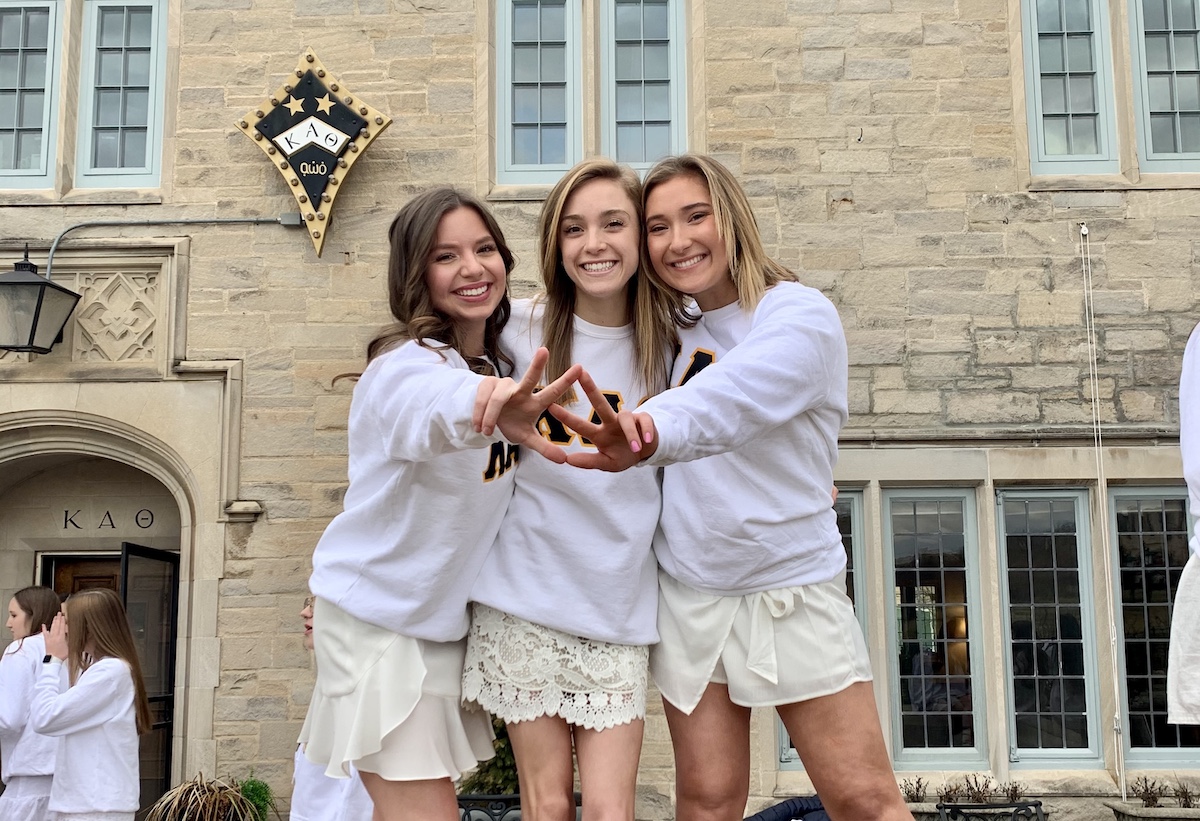 To Rush or Not to Rush?

Flash back to the summer before my Freshman year of college- if you asked me if I was going to rush a sorority I would say no with absolutely no hesitation. But here I am 3 years later writing this article as I sport my classic sorority girl crewneck and text my "little" about which tapestry and pictures I should hang up in my room in the sorority house. Funny how things change.

So, how did I go from being ambivalent about Greek life to adoring the sisterhood I've found in college?

My freshman year I was heavily involved in the dance program and very intimidated by the rush process and the rumors I'd heard about sorority life- I was aware of the negative stigma surrounding sororities, had heard horror stories about rush and hazing, and felt that rumors of fines for not going to parties-just didn't sound like me. I was also aware that Greek life is sometimes frowned upon by the school, and my ballet friends told me that a perceived shift in priorities would mean I wouldn't be cast in any shows if I was in a sorority. After hearing all of this, I couldn't really think of a reason I should rush. My school did spring semester rush; I felt like by that time, I had already established a pretty solid friend group and TBH I also didn't want my winter break to be cut short.

However, unlike me, every girl I talked to on campus was going to rush. I'm definitely the type of person to get FOMO, so part of me was worried I'd be missing out by not going through this with my friends. I talked to an upper-classmen I was close with and asked her to give me her honest opinion on it all. She invited me over to her sorority house and we chatted about her experience over some quesadillas made by her sorority house chef. Her advice to me was to go through the rush process and make my decision to commit to sorority life based on that experience. She advised that the only way to know what it'll really be like is to actually go through the process- talk to the girls, walk through the houses, meet the girls who you're rushing with. If you love it, great! Find the house you love and stick with it. If you get halfway through the process and decide it's just not your thing, cool! You gave it a shot and now you know! Just a few days wasted, and hopefully you met a few cool girls in the process. If you're on the fence about rushing or not- I'd honestly encourage you to just do it. There's not a lot of downside to using the rush experience as your decision maker ­- as long as you remember recruitment is a mutual selection. You get to decide houses you'd like to pursue. Of course there is a chance you may be disappointed if not invited back to your top choice, but trust that whatever you decide will work out in the end.

Greek life isn't for everyone

I go to a school where Greek life is huge, and my brother went to a school where there was a very small Greek system. While I am happily involved in a sorority, my brother was never in a frat and had a perfectly great college experience. My point here is that Greek life isn't for everyone, and it also isn't everything. Some students involved in the Greek system glorify Greek life and make fun of geeds, but in reality, there are always pros and cons. College is a place where there are so many ways to get involved and find your people. That might mean rushing, that might mean intramural sports teams; it might mean dedicating your time to your studies, or getting a job! Whatever it may be- you do you.

RUSH IS NOT AS SCARY AS YOU MIGHT THINK! In my experience, the most nerve-racking part of the process is the anticipation, and not knowing what to expect. It can actually be a pretty enjoyable process if you don't take it too seriously. I'd describe it as type 2 fun; low-key miserable in the moment but a great time when you look back on it! It's also a great excuse to shop for new clothes.

Tips on Surviving the Rush Process:

Go into it blind . DO NOT LOOK AT GREEK RANK. DO NOT LOOK UP WHICH SORORITIES ARE TOP TIER OR BOTTOM. DO NOT RUSH BASED ON OTHERS' OPINIONS OF WHICH SORORITY/FRAT IS “HOT”, “NERDY”, etc. Don't choose a house solely based on rumored reputation, because of your parents, or the opinion of friends from home who are now at different schools. I knew nothing about Greek life when I was going through rush and it made the whole experience better. It's a better path toward ending up in a house with people who are similar to you and who you feel most comfortable with. I cannot stress this enough. Be genuine and base your decisions on your own thoughts and feelings. Don't be the person who cries and drops out just because the top tier you dreamed about drops you in the first round.

You're going to end up living with these people. During rush, if you're talking to someone and it feels forced, uncomfortable, or you don't feel like you could be yourself- it's not the right fit for you.

The people in the room with you towards the last rounds of rush are the ones who are going to end up in your pledge class. If you don't vibe with them, that's probably a sign.

The rush process is exhausting.

And maybe that's why it can become such an emotional process. Recruitment week in a large Greek system runs like a well-oiled machine. But that means they are moving thousands of girls all over campus on a strict timeline. For me, that meant walking miles in pouring rain on 30-degree winter days. Talking for hours to the point of losing my voice and sometimes calling home crying for the shear exhaustion of it all.

The rush process is fun.

Each house has strict rules on how the members are allowed to behave during recruitment. When they let you in the door sometimes they're chanting, sometimes they're singing, but most of all they're trying to impress you. The house tours are amazing and the desserts I was served during the final round factored heavily into my decision making. (LOL JK)

It's not that deep!

Don't stress, be yourself, and have fun with it. Taking it all with a grain of salt will make the whole process that much better.

Things You Should Know About Sorority Life 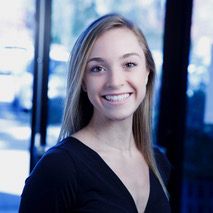 Caroline Buckheit is a Marketing major at Indiana University. She is a member of the Kappa Alpha Theta sorority and passionate about sharing her experiences and love of college life with others.

Latest From the Campus Blog